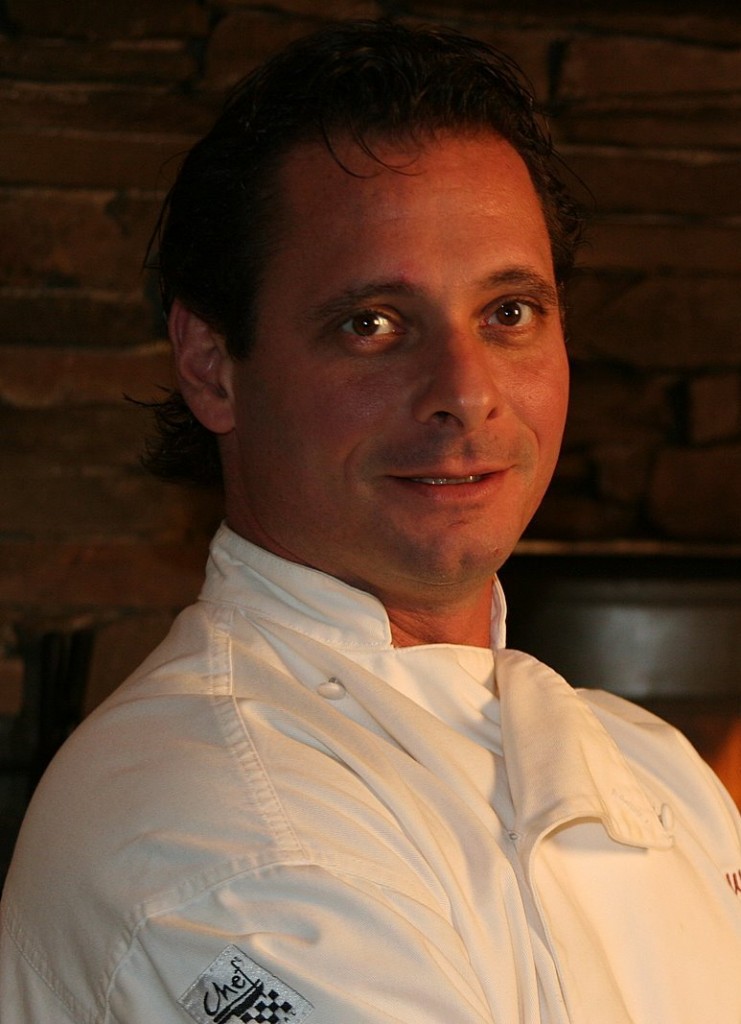 I studied culinary arts at Sullivan County Community College, but my true education began with first restaurant gig, at thirteen, as the dishwasher at Cornetta’s in Piermont. From the sink, I worked my way up to prep chef and, after Cornetta’s, landed a job prepping the raw bar at an Italian restaurant. It was here, working long hours in a hot kitchen with the Sous Chef cursing and whipping 375 degree deep fryer grease at me from a filthy rag, that I proved to myself I had what it takes to make it in this industry. That place, as stressful and humbling as it was, taught me pride and work ethic. Four years later, I started working at the Mariner Restaurant, now the site of Pier 701 Restaurant & Bar… wow, my life had truly come full circle!

As a nineteen year old salad chef at The Mariner, I saw the potential of this location. For the next thirty years I would hone my abilities, looking upon each position I took not as a job but as a stepping stone, an opportunity to learn and work my way toward one day being the owner and chef of the restaurant at 701 Piermont Ave.

In New York City, at the United Nations Hyatt Ambassador Grill, I worked under Chef Pascal Coudouy. I started out as a line cook and eventually became his Sous Chef. Five years later, when he left to open Gascogne, he took me with him! During my tenure with Coudouy, I became exposed to the wonderful world of Wild Game. He was a native Frenchman, from Gascogne in the Southwest, and it was from him that I learned the traditional French methods. I’ve always admired his flavors and techniques, the way he paired the right sauce with the right meat, and I’ve carried his influence with me throughout my career.

At Raoul’s Restaurant, I worked under another of my major influences, Chef Karl Schmidt, whose early years In the Black Forest of Germany influence his- and my- appreciation for Wild Game. Since then, I have been the Chef of several well known restaurants throughout New York and New Jersey (The Grand Tier Reastaurant at the Metropolitan Opera House, Chez Ma Tante, La Tour and La Mangeoire). I spent the last 10 years as a partner and the Executive Chef at Harvest Bistro in Closter, New Jersey, where I specialized in game dishes.

In July 2013, after extensive renovations, my wife and I opened Pier 701 in the building that was once The Mariner and The Lighthouse, in the county where I grew up. The menu will change 4-5 times a year in order to incorporate the fruits, herbs and vegetables of each season. In the summer, you will see a heavy Mediterranean influence- a lot of seafood and dishes flavored with herbed oils and citrus oils. In the fall, the menu will become more French, with major focus on the classic peasant-style cuisine which involves a lot of slow-cooking and the use of aromatic herbs. As the winter approaches, I will bring in my Wild Game specialties like chocolate-rubbed wild boar, braised venison saddle, elk, kangaroo, buffalo, antelope, duck, python, rattle snake, rabbit, alligator, quail, squab and pheasant.

Overall, the menu will be an Americanized French style, lighter on the butters and creams, but prepared with the same pain-staking attention to detail- the Mediterranean fish stew I use as the base of my Bouillabaise takes 24 hours to prepare. More than thirty years later, I’m happy to be back where I came from, bringing the flavors of France, Germany and the Mediterranean to Rockland County.

With panoramic views of the Hudson River and Tappan Zee Bridge.

Our tiki bar is the prime location for happy hour, as well as our weekly live bands.